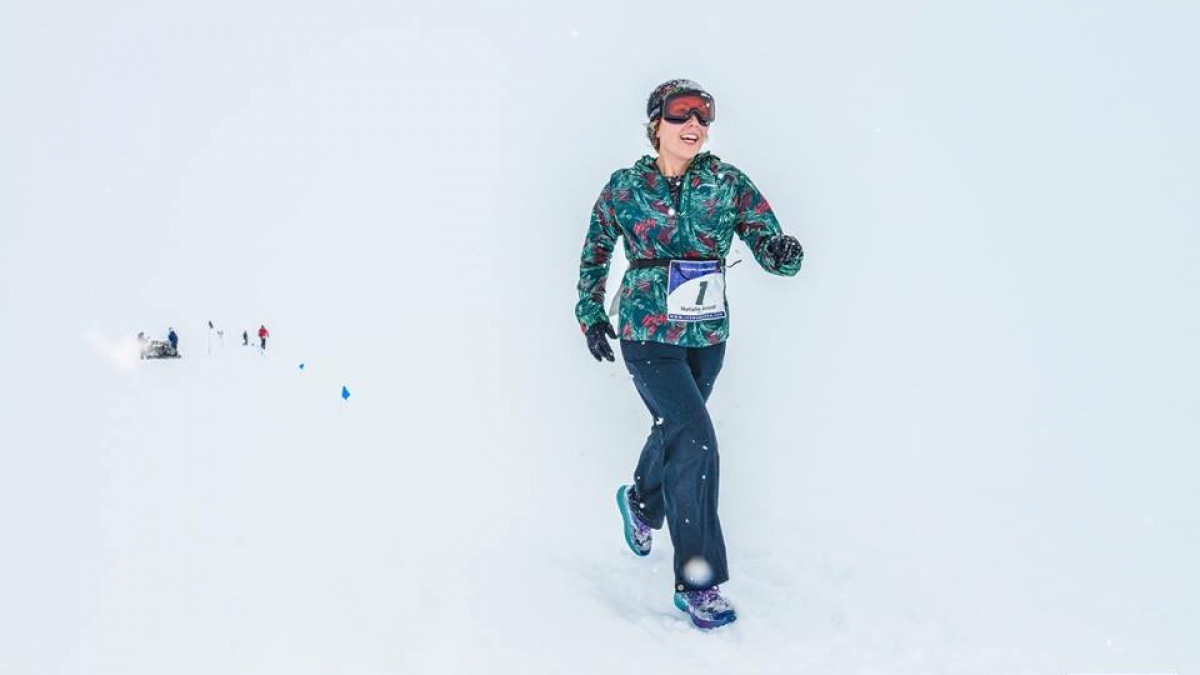 Natalie Arnold is the definition of #Inspo. She’s worked around the world, at Winter and Summer Olympics, Paralympics, multiple Commonwealth Games and World Cups – all the while becoming the youngest Australian to run a marathon unassisted on all seven continents.

The Australian spent many years working abroad and living her dream, before returning to Australia for the 2018 Gold Coast Commonwealth Games. Since then, she is now a proud mum and has thrown herself into working on new ventures Fly into July and Top Guest Studio with Joe.

What do you love about working in sport?

What I love about it is that I’m really passionate about what I do. My love for triathlons arose while I was working in Glasgow on the 2014 Commonwealth Games. Before that, I really had no idea about triathlons. I used to think it was run first, then bike, then swim– I had no idea! But working on the project, I took an interest in the sport and I learned how to swim. From then on, I thought I’d really love to try this myself.

Despite being someone who wasn’t really athletic, I felt inspired to give the sport a go myself.

“What I love about working in sport is that … I felt inspired to give the sport a go myself.”

My role at the London Olympics was coordinating the spectator journey – from arrivals near the venue to ensuring their safe entry into the venue. I worked in a team called City Operations. It was an amazing experience to work with external stakeholders; the different processes and licenses required. It really opened my eyes to the full management plan that events require.

After London, I was fortunate enough to work on the Glasgow Commonwealth Games in a role focusing on spectator services inside a cluster of venues. Following Glasgow, I worked at the 2015 Rugby World Cup in England, which was my first senior role, as I headed the Spectator Services division.

I travelled all over England and Wales ensuring all 1.2 million spectators were able to have a positive journey to and from our venues, with a consistent standard of services. For example, when people arrived in London to travel to a Twickenham venue, they’d be welcomed and informed by volunteers, directed to the venue. No matter what city you were in, you received the same positive welcome and event services.

“I travelled all over England and Wales ensuring all 1.2 million spectators were able to have a positive journey to and from our venues.”

Where did your love for running come from?

Ok so my love for running… (laughs). When I was a kid, I used to make up every excuse under the sun to avoid cross country days or swimming carnivals. I hated running.

But when I was living in London, I thought I could give running a go. I had no real aspirations other than trying to run 3km. I gradually increased my mileage and then someone suggested I should run a full marathon. I thought ‘yeah okay, sounds good why not!’ I basically ran my first full marathon about 17 weeks after running my first 3km.

“After running about 10 marathons all over Europe, I thought to myself, ‘why don’t I try and run in different locations and see the world.'”

Tell us about running a marathon on all 7 Continents!

After running about 10 marathons all over Europe, I thought ‘why don’t I try and run in different locations and see the world’? And so I decided to run a marathon on all 7 continents!

The inspiration to run around the world really came from my love for travel; there was no better way to experience new cities than to run their marathon. I ran the Melbourne Marathon on a visit home, and I crossed Asia off the list when I travelled to the Angkor Wat temples.

I was due to be in Hawaii for a wedding and so I looked up the marathon calendar – because you know, why not – and I ran the Maui marathon while I was there. It was hot, I mean downright awful. But I completed it thinking ‘Great, I’ve ticked off North America!’

It wasn’t until I had booked my itinerary for South America and Antarctica that I found out Hawaii didn’t count as part of the North American Continent to qualify for the 7 Continents Club.

Later, when I reached out to the 7 Continents Club to validate my South American marathon eligibility, I found out that Hawaii and Maui don’t qualify as the North American Continent! So I had to alter my itinerary by a couple of weeks, to go back to North America and run in Santa Clarita (not far from LA).

It’s quite funny, because in the end I had to run 3 marathons in 6 weeks which wasn’t really part of the plan, but I had to quickly adapt, and when you put your mind to it, anything’s possible!

How do you balance this sense of adventure with your work?

I find that having a goal, training and keeping myself committed to physical activity helps me stay sharp at work. It makes me a more ambitious person – some might even say crazy, but I definitely am determined and focused.

When I finished the 7 continents I was so thrilled. I had one of the best races of my life in Antarctica where I finished second in the women’s run. It was the first time I crossed the finish line and truly felt proud of myself. It was a challenging task – and to have not only achieved it but also finished strong, was a great feeling.

Afterwards, I had a few radio and newspaper interviews back home and everyone wanted to know ‘what’s next for Natalie Arnold’? I really had to restrain myself from jumping into the next goal straight away. I owed myself some time.

After some reflection, I struggled not having the next goal to look forward to. What’s next? What am I supposed to do? What could I look forward to, to keep myself mentally and physically driven?

I do have aspirations to run the North Pole, although I have to be a little quiet about it because my husband isn’t so keen for me to do that. There’s very few people who have run the North Pole and completed the ‘Grand Slam’ in terms of marathons, so it would be quite a big deal. I have a beautiful little family now, but just because I’m a Mum, doesn’t mean I can’t have goals anymore. I want to balance my ambitions and make sure I bring my family on the entire journey with me.

“When I finished the 7 continents I was so thrilled, I had one of the best races of my life in Antarctica.

I really had to restrain myself from jumping into the next goal straight away. I owed myself some time.”

What advice do you have for women wanting to take on a new challenge?

My advice would be ‘don’t hold back’.  If you’ve got an idea and an inkling that you want to take on something, you’re halfway there already. Life is just too short to not give something new a go.

This is actually one of the reasons I started ‘Fly into July’, a month-long nation-wide active lifestyle awareness challenge and registered charity. I’ve had people participate in the Fly into July challenge that were going through rehabilitation and this event encouraged them to get active.

Once you’ve got that first idea in mind, hold on to it and do something about it. Talk to a friend, share your goal and register. This will help you commit to your goal and feel accountable to yourself. Whether it’s running your first 5km, running a marathon, or even participating in the Fly into July event! If you’ve got a goal, there’s no doubt in my mind that you WILL get there.

Enjoy the journey, that’s the most important thing.