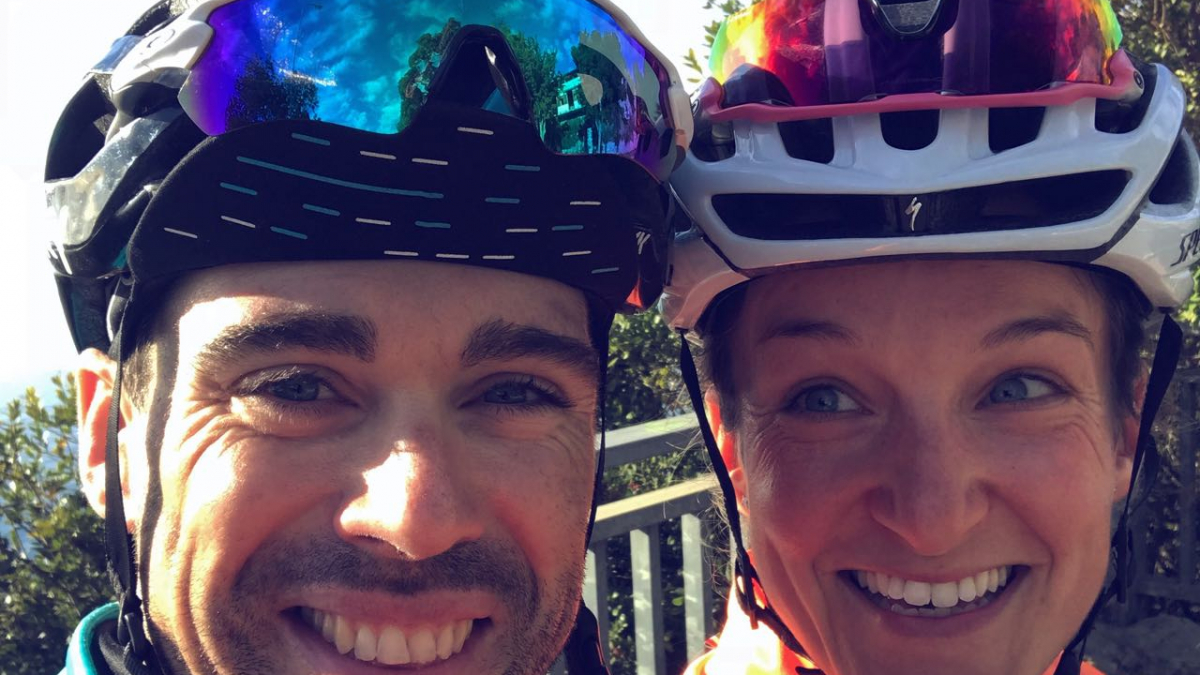 This month, we are launching He Speaks; a look at the gender imbalance in sport from the other side.

In our first He Speaks, we talk to Philip Deignan, ex pro cyclist who is now a stay-at-home dad to his daughter Orla, while his wife – fellow professional cyclist – Lizzie Deignan (Armitstead) continues to compete at the highest levels.

Retiring from professional sport is always a bit of a shock to the system and I had that compounded by becoming a father at the same time. I think it is a good thing though; often when people retire from being a professional athlete there is a bit of a void, whereas I got really stuck into being a father from the first moment.

It was definitely a unique situation we found ourselves in. We could have both continued our careers but neither of us wanted Orla to grow up with a full-time nanny. I was coming to the end of my career and Lizzie still had some big goals to accomplish, so it made sense for me to be the one to retire.

I think Lizzie is handling it much better than I ever could have. If I’d continued to compete, I think I would struggle with the interrupted sleep and training, unlike Lizzie who has done an incredible job juggling being a mum and competing at the highest levels. We saw last year that she came back almost to her very best and this season I reckon she will lift even further.

Don’t get me wrong, becoming a full-time dad was a big shock in the beginning. Professional sport in many ways is very selfish; it is about your training, your nutrition, your diet etc. And that’s all been flipped on its head now!

I had some mixed reactions from people at the beginning, because it’s not really the ‘done’ thing here in Monaco. I’m in this bubble of 50 or so male cyclists and it’s often a very traditional set up. When I initially told people I was going full-time dad, I’d always be asked ‘But what’s your real job going to be?’. I felt like saying – ‘hey, have you ever brought up a baby?’. It was a definite double standard which was a bit frustrating.

“When I initially told people I was going full-time dad, I’d always be asked ‘But what’s your real job going to be?’. I felt like saying – ‘hey, have you ever brought up a baby?’. It was a definite double standard which was a bit frustrating.” 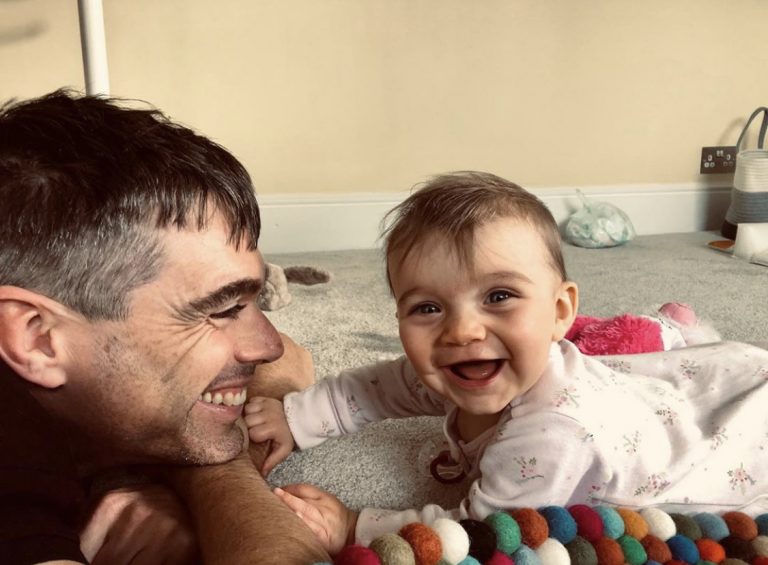 Discovering the gender imbalance in sport

I have had the chance to work with some incredible women in sport such as Team Ineos CEO Fran Miller who is a stand-out case. She came in and she worked right to the top of the best cycling team in the world. She is a great example and shows that it is possible.

I didn’t really take much note of the gender imbalance until I met Lizzie, and then I could see how big the gap was. There needs to be more investment and more TV to attract bigger sponsors. At the moment – as you can see from Lizzie’s team Trek-Segafredo – a lot of support is coming from the industry itself. But we need more sponsors outside of the industry and that starts with TV coverage.

One good thing is that we’re seeing a lot of the bigger races in the women’s calendar being run in conjunction with the men’s races, which means you have a bigger crowd and a bigger TV infrastructure already in place. Driving change also needs to come from the race organisers and the UCI.

“It’s definitely a juggling act but I have found that I manage my time a lot more efficiently than I used to. In the past it was train, massage, eat, sleep, repeat. Now I have to plan my day out more effectively but also remain flexible.”

From professional cyclist to coaching others

At the beginning cycling was just a mode of transport for me, until I did a charity cycle ride and it just snowballed from there. I quit university when I was 19 and took a place on a pro French team and haven’t looked back since.

Now – alongside looking after Orla full time while Lizzie is at competitions – I do media and TV work and have also launched a coaching company called Panache Coaching.

It’s definitely a juggling act but I have found that I manage my time a lot more efficiently than I used to. In the past it was train, massage, eat, sleep, repeat. Now I have to plan my day out more effectively but also remain flexible.

I left cycling still loving the sport, which I am really grateful for. A lot of people retire and never want to look at the bike again, but I still love being on the bike and get pleasure and enjoyment from it. Coaching was a natural step. I have been lucky to be coached by some of the best in the world and saw what a difference it can make. I now find it fulfilling to be able to pass on that knowledge and see athletes progress.

As well as the one-to-one coaching we offer training camps such as the upcoming one to Majorca. They’re a chance to get out there and enjoy without any worry about logistics.

We will definitely be encouraging Orla to do sport as we believe it is a very good environment for a child; it allows you to focus your energy and meet great people. But we won’t be pushing a bike on her or be pushing her to reach a high level. For us, the most important thing about sports is the health aspect and enjoyment. 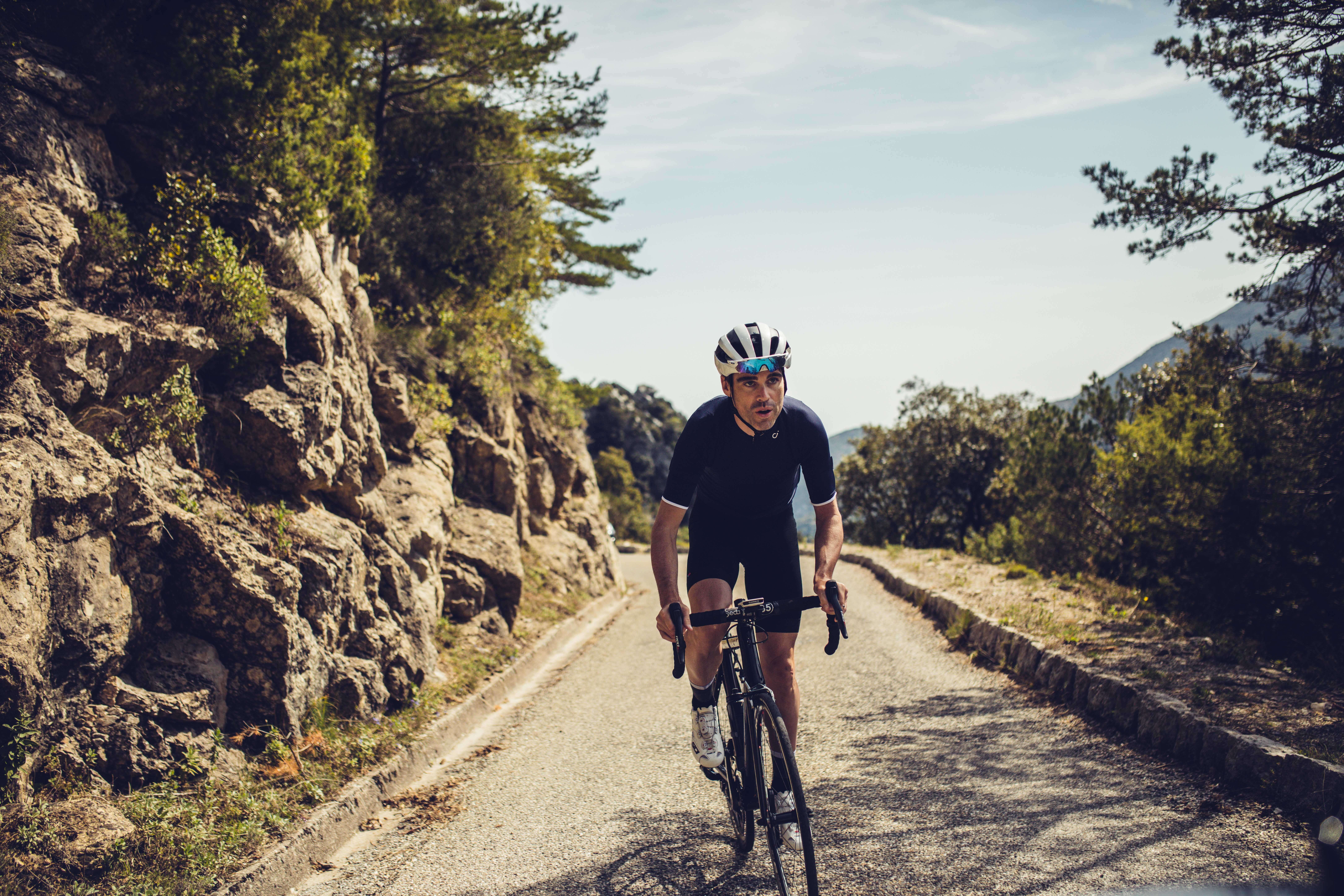 Coping during the COVID-19 Global Pandemic

We have coped pretty well during lockdown. We were in the UK so we enjoyed the freedom to still be able to exercise outside. It was nice to have some quality time together as a family without the pressure of races every weekend like there would have usually been during the spring.

We have always worked as a team with parenting Orla, I actually had more time to work on my coaching and other projects. As Lizzie’s training was not as intense as it would normally be, it meant she was able to do more with Orla in the afternoons than usual. As a professional athlete, Lizzie has lots of free time off the bike but when you are looking after a toddler it comes down to energy rather than just time, so we are usually pretty flexible on how we share childcare responsibilities based on Lizzie’s level of recovery.

We started to block out hours of ‘productive’ time during the day where we would move to a different space to work on paperwork etc rather than just replying to emails as an when they come in, it helped to have time alone to focus and be productive, we will do that going forwards.